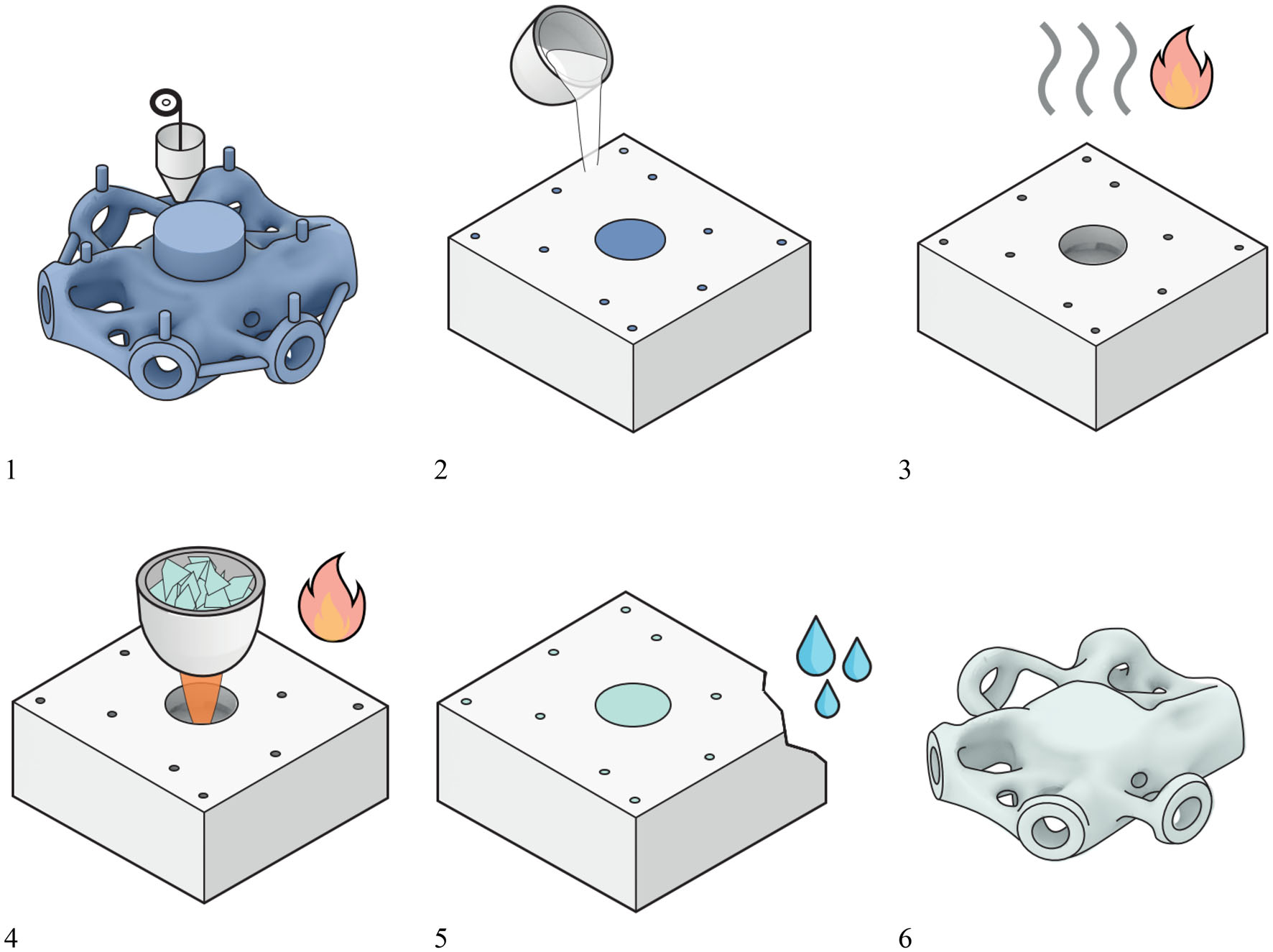 Up to now, fabricating cast glass components of substantial mass and/or thickness involves a lengthy and perplex annealing process. This has limited the use of this glass manufacturing method in the built environment to simple objects up to the size of regular building bricks, which can be annealed within a few hours. For the first time, structural topological optimization (TO) is investigated as an approach to design monolithic loadbearing cast-glass elements of substantial mass and dimensions, with significantly reduced annealing times. The research is two-fold. First, a numerical exploration is performed. The potential of reducing mass while maintaining satisfactory stiffness of a structural component is done through a case-study, in which a cast-glass grid shell node is designed and optimised. To achieve this, several design criteria in respect to glass as a material, casting as the manufacturing process and TO as a design method, are formulated and applied in the optimisation. It is concluded that a TO approach fully suited for three-dimensional glass design is as of yet not available. For this research, strain- or compliance based TO is selected for the optimization of the three-dimensional, cast glass grid shell node; in our case, we consider that a strain based TO allows for a better exploration of the thickness reduction, which, in turn, has a major influence on the annealing time of cast glass. In comparison, in a stress-based optimization, the considerably lower tensile strength of glass would become the main restrain, leaving underutilized the higher compressive strength. Furthermore, it is determined that a single, unchanging and dominant load-case is most suited for TO optimisation. Using ANSYS Workbench, mass reductions of up to 69% compared to an initial, unoptimized geometry are achieved, reducing annealing times by an estimated 90%. Following this, the feasibility of manufacturing the resulting complex-shaped glass components is investigated though physical prototypes. Two manufacturing techniques are explored: lost-wax casting using 3D-printed wax geometries, and kiln-casting using 3D-printed disposable sand moulds. Several glass prototypes were successfully cast and annealed. From this, several conclusions are drawn regarding the applicability and limitations of TO for cast glass components and the potential of alternative manufacturing methods for making such complex-shaped glass components.