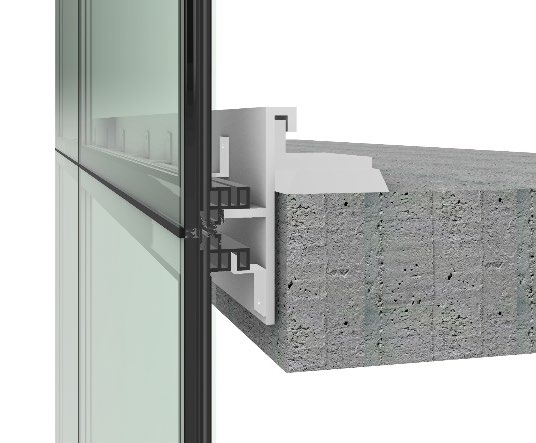 From early 20th century architects have envisioned transparent buildings such as Mies van der Rohe’s “skin and bones” concept and his 1921 proposal for the Friedrichstrasse Skyscraper competition in Berlin. One hundred years on, there is a much better understanding of the energy consumption implications of highly glazed buildings, yet architects, developers and users are still attracted to fully transparent facades. This paper sheds some light on the challenges to build with high performing glazing façade systems (originally called curtain wall systems) while efficiently utilising resources and reducing its manufacturing embodied carbon. This can be achieved by omitting the typical frame (mullions and transoms) and making the glass work structurally. Built examples by Octatube are Triodos Bank (Netherlands) and Echo Building (TU Delft- Netherlands). A further option that will focus on sustainable unitised systems is currently being explored by Octatube and TU Delft Building Technology graduation student. This is based on an optimised unitised frame integrated in between glazed units. These different systems will be assessed and compared against each other regarding its end-of-life recovery potential, embodied carbon and visual impact.