Coatings Sensitivity to the Quench Marks 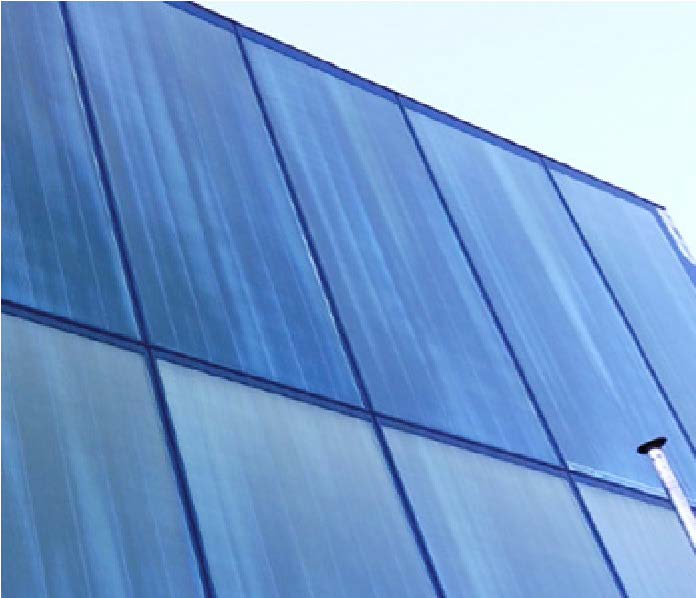 During tempering process, the non-homogenous heating or rapid cooling can induce localized strain in the glass leading to birefringence (or optical anisotropy) phenomenon, a result of the photoelastic effect. Since transmission and reflection coefficients of interfaces at high angles can be quite different with the polarization, inhomogeneous birefringence may manifest as peculiar geometric patterns of bright or darkish shadows or iridescence effects in given polarized observation conditions. The patterns appearance may be at the origin of dispute between the client and the glass manufacturer. Each party may have a different perception, how strong the anisotropies are and what is permissible. With the use of an in-line scanner for the optical retardation, it is possible to control and optimise the tempering process homogeneity and thus reduce the visibility of the patterns. However, the presence of low emissivity coatings on the façades windows can alter the visibility of the quench marks: depending on the coating nature, the quench pattern visibility can be magnified or reduced. Here, we show the calculation of σQM, as a parameter representing the coating sensitivity to quench marks, i.e., the capability of a coating to reveal or hinder the iridescence pattern of tempered glass. Thanks to the angular measurements of the transmission and reflection in s and p polarization we compute the quench mark sensitivity by estimating a color contrast gradient with regard to the phase delay.