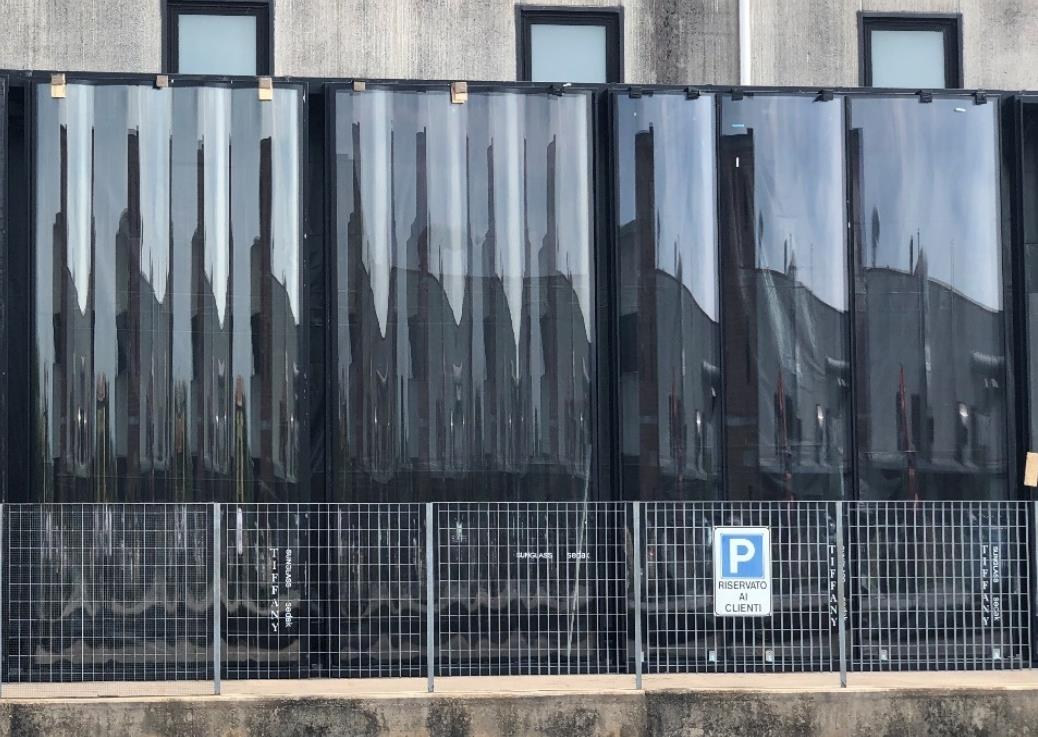 This paper presents a case study for the new slumped glass façade at Tiffany’s flagship store in New York City. The undulating façade of slumped IGU’s encloses a new, three-story addition that sits atop the existing Tiffany & Company building. Taken as a whole, the new façade appears as though it were a semi-transparent and flexible curtain of wave fold drapes, suspended from the roof of the new addition and wrapping its north and west elevations. The IGU’s, many as tall as 5.2 meters, consist of slumped glass outer lites and flat glass inner lites, which are glazed onto steel-reinforced aluminum curtain wall frames. Each slumped glass lite is formed into a series of four, wave-like arcs of differing lengths and radii, with the glass periodically rotated 180 degrees to create a more complex and seemingly random wave pattern despite the similar underlying geometry. As with all slumped IGU’s, their successful performance was contingent on solving a series of engineering challenges unique to their design. The volume of air within the slumped IGU cavity is much larger than that of a traditional flat IGU, leading to increased stress on the glass due to changes in temperature and atmospheric pressure. Because the slumped geometry of the outer lite substantially increases its stiffness, changes in air cavity pressure can lead to substantial deflection of the flat inner lite. Therefore, the size of the airspace and thickness of the inner lite were designed to prevent contact with the outer lite. As the stiffness of the vertically oriented slumped glass waves will distribute more wind pressure to the top and bottom of the IGU’s, the width of the secondary structural seal was modified accordingly. Finally, because the slumped glass did not allow for heat treatment, it remains annealed, and the potential for thermal stress breakage was thoroughly investigated.