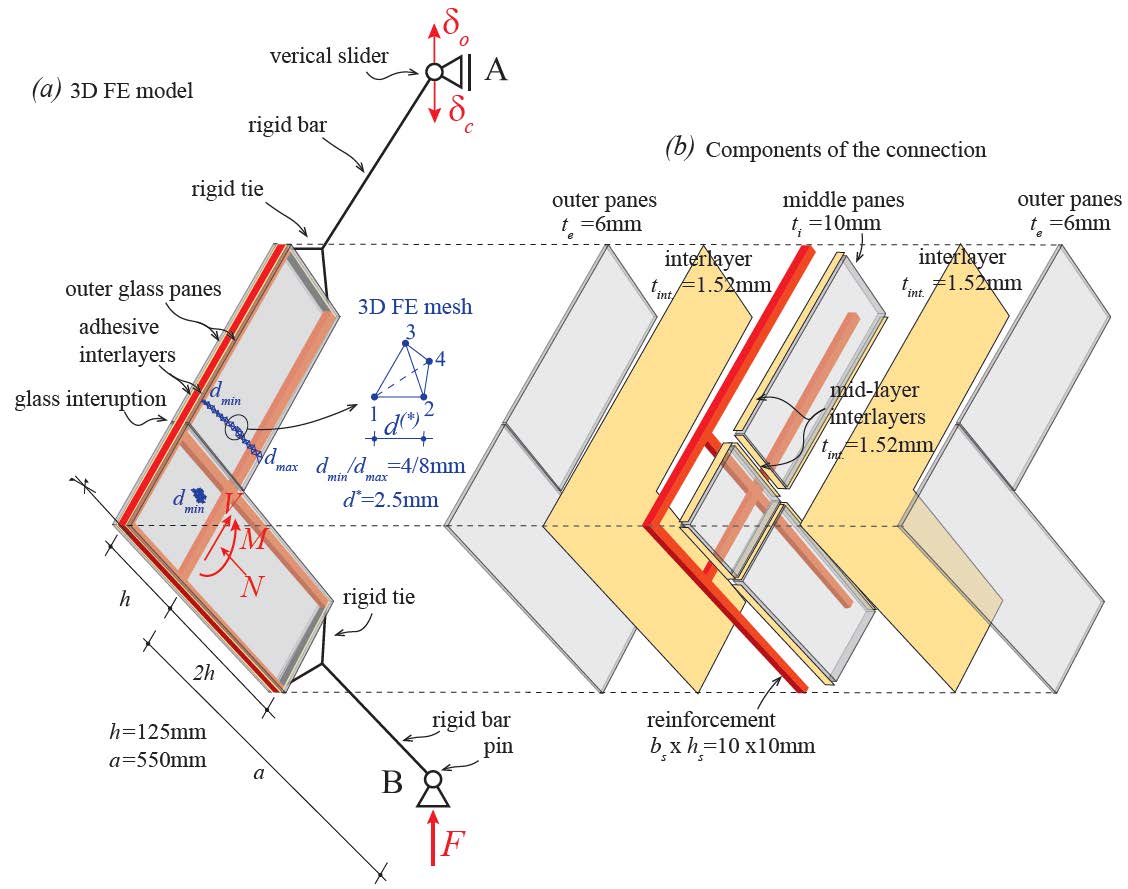 The well-known concept of stainless steel reinforced laminated glass enables to achieve post-fracture capacity and ductility in transparent members. It has been experimentally demonstrated before that this hybrid concept satisfies safety criteria for statically determinate structural elements, as well as statically indeterminate beam systems. However, research on two-dimensional structural frame systems still lacks in literature. Exploiting the post-fracture behavior of such systems requires joints complying with the resistance of its connecting members. This paper presents a numerical and analytical study aiming at investigating the mechanical behavior of a two-sided reinforced laminated glass beam-column joint in the post-fracture domain and at failure. Comparative numerical studies are performed by means of Non-Linear Finite Element Analysis (NLFEA) in which glass is modelled by applying (a) the Reducing Element Approach (REA) and (b) the Brittle Cracking Model (BCM), respectively. Moment-rotation curves and crack patterns at failure are presented outlining main particularities associated with both models. The results suggest that the joint prototype has a significant post-fracture capacity due to the presence of continuous reinforcement that prevents failure upon fractures in glass. The glass-glass and glass-steel bond conditions were found to have significant influence on the rotational characteristics and the ultimate load. From the point of view of application in practice, the sufficiently refined REA model provides a good estimation of the rotational behavior of such a joint. An analytical model for prediction of the failure load was derived based on equilibrium conditions and specified material strength parameters. It distinguishes between two failure modes: brittle failure of the core and plastic failure of the critical adjoining sections. The analytical interpretation of the numerical results suggest that only a fraction (30-40%) of the total glass thickness in the core contributes to the resistance in the brittle failure mode.