Current architecture uses glass even for load bearing structural elements. Typical example is perpendicularly loaded laminated glass panel as a part of balustrade, staircase, or canopy. Laminated glass is a composition of two or more glass plies bonded by polymeric interlayer which enables the shear transfer between the individual plies in a laminated panel. The shear transfer depends on the shear stiffness of a certain interlayer as a time and temperature dependent parameter. Shear stiffness in time and temperature domain can be numerically described by a discrete Maxwell model whose Prony parameters may be obtained by Dynamic mechanical thermal analysis (DMTA) of a particular interlayer. There are various techniques of DMTA as well as various Prony parameters fitting methods. As soon as shear stiffness given by Maxwell model is quantified, it is desirable to verify its credibility by experiment. This paper compares the experimental data from displacement-controlled four-point bending tests in various loading rates and from four point bending longterm creep experiment of double laminated glass panels with PVB interlayer Trosifol BG-R20® to the numerical analysis performed in ANSYS® 18.0. The interlayer was modelled as a viscoelastic material by two discrete Maxwell models. Prony parameters of the first Maxwell model were based on DMTA results performed on small scale specimens in single lap shear mode and Prony parameters of the second Maxwell model were based on DMTA results performed on small scale specimens in single lap shear mode and torsion mode. Results show that Maxwell model based only on single lap shear tests enabled to describe the long-term response of a panel while that based on single lap shear and torsion tests was more precise in task of displacement-controlled test. All experiments and analyses were performed at CTU in Prague. 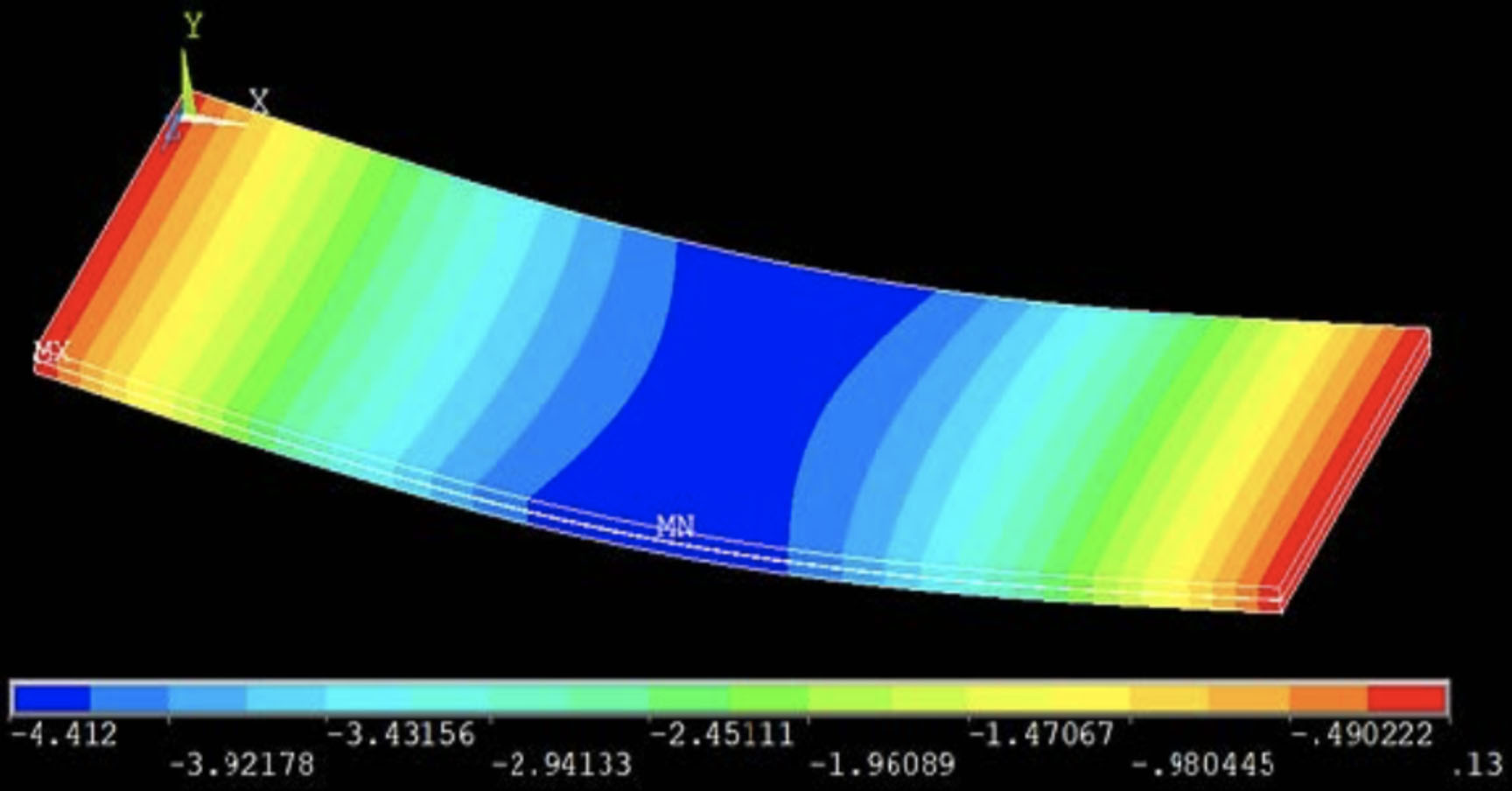