This paper presents a novel concept for improving the long-term load-bearing  performance of reinforced glass beams (hybrid beams). The concept of reinforcing glass beams using steel or other (ductile) materials have been investigated over the last couple of decades utilising the fracture pattern of annealed glass to ensure a ductile behaviour. However, it is well known that the long-term strength of annealed glass is rather low due to so-called static fatigue leading to a relatively poor
performance for most hybrid-beams. As an example will a hybrid beam based on annealed glass exposed to 26 MPa permanent load fail in less than a day according to a European code. The novel concept suggested here utilises a combination of
annealed and fully tempered glass in an arrangement where the tempered glass carries the long-term loading whereas short-term loading is carried by the reinforced annealed glass. The concept is based on the relaxation of shear stresses in the PVB (polyvinyl butyral) interlayer, material properties of PVB from different authors have been compared, and a set of average parameters have been suggested. The main purpose of the paper is to introduce the concepts and mechanisms of such beams and provide a basis for further optimisation. 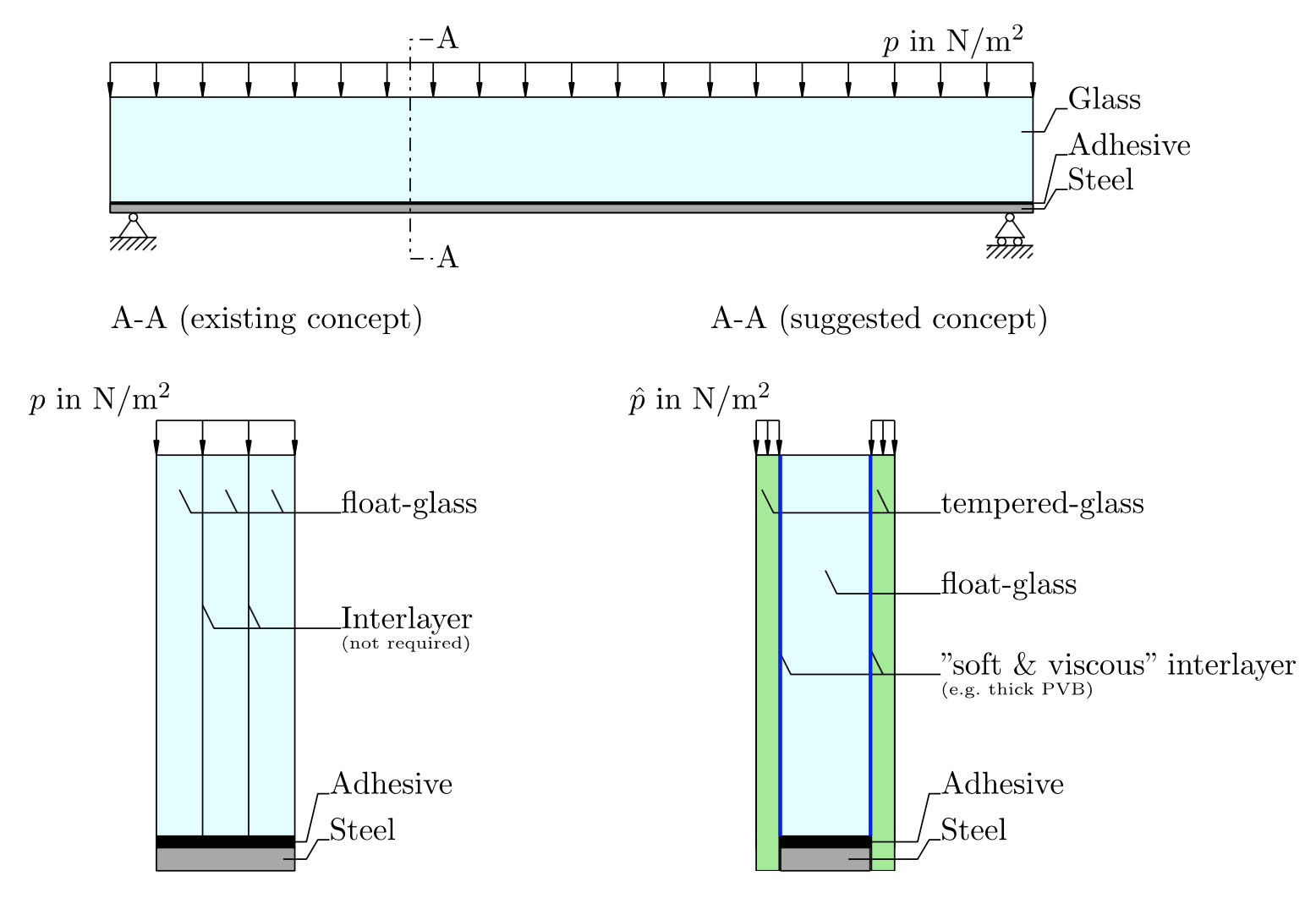