The embedded laminated glass connection belongs to the group of the most widely used ways of the glass components connecting. As it becomes common to use glass as a material for load-bearing elements, the connection must be able to bear stresses arising during the lifetime period. To find out the load capacity of the connection under different loads, experiments have to be performed. Within the ongoing research at the Faculty of Civil Engineering of Czech Technical University in Prague, two series of experiments of the embedded laminated glass connection have been performed. There were two sets of identical samples. Both sets included several combinations of glass panes and types of foils. The first series of tests was focused on the characteristics of this type of connection under the short-term tensile loads. The second one was dealing with the characteristics under the short-term eccentric shear loads.
Due to using the identical samples for both series of tests, it was possible to compare the obtained results. The experiments show that the tensile load capacity of the connection is much higher than its eccentric shear load capacity. It also reveals reaching the tensile resistance limit of the weakened glass pane as a dominant mode of failure. However, further research consisting of numerical modelling and additional experiments is in progress. 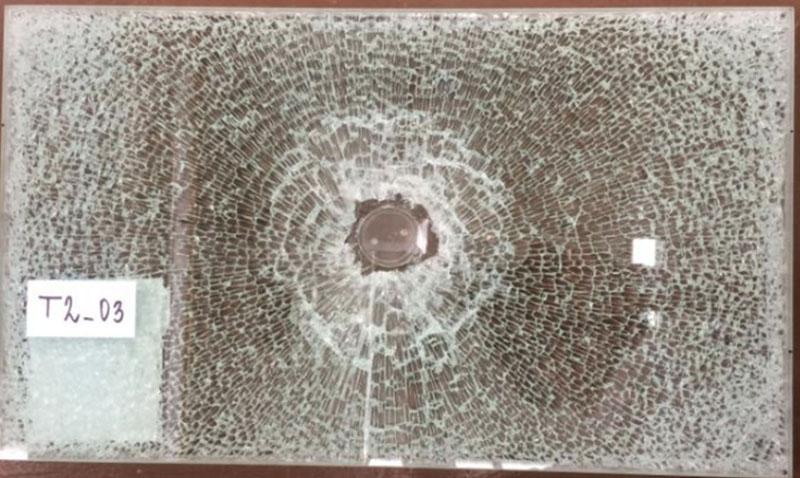