The built environment is under scrutiny to address environmental design challenges by considering a whole-life holistic approach that seeks reductions in operational emissions whilst simultaneously pursuing reductions in embodied emissions. Reduced embodied emissions can be found through the responsible sourcing of resources and re-use of materials in their highest obtainable value. Laminated glass is used widely within the building industry for improving security and for reducing the risk of human injury from glass fracture. At present, few options exist for the re-use and high-value re-cycling of laminated glass; it is most commonly disposed of in landfill or down-cycled into aggregate material due to its low perceived value at end-of-life. Whilst some efforts have been made to separate the poly-vinyl butyral (PVB) interlayer from glass in the automotive industry, such processes typically involve destructive crushing of the glass sheets and residual glass that is not at a high enough purity to be considered for re-cycling as cullet for visual glass applications. A more effective removal of the PVB-interlayer through severing of the PVB-glass interfacial bonds, would allow flat glass from existing laminated glass panels to be re-conditioned to fulfil the latest functional requirements in architectural glass. Whilst the temperature and strain rate dependency of the PVB-interlayer material itself has been well-researched, the fundamental nature of the interfacial bonding between glass and PVB, governed by initial processing, is not well-understood.  This paper presents findings from the latest experimental research that explores methods of separating 2.9 mm x 100 mm x 150 mm flat glass sheets from a 0.38mm PVB-interlayer for flat glass re-use and/or re-cycling of glass sheets at their highest obtainable value at end-of-life. A bespoke standardised test has been developed by the authors inspired by the compressive shear test, to evaluate methods for achieving separation between the interlayer and glass on a small-scale. Tests were conducted at room temperature to evaluate the effects of varying displacement rate (0.125mm/min, 0.5mm/min and 1.0mm/min), humidity exposure and the influence of water infiltration along the bond line.  It was found that the influence of humidity-ageing and water infiltration along the glass-interlayer interface during separation led to a greater proportion of delaminated area compared to the un-aged samples. The greater proportion of delaminated area was found to be a result of a mixture of the effects of a change in the bulk material properties of the interlayer and the intrinsic value of interfacial adhesion. 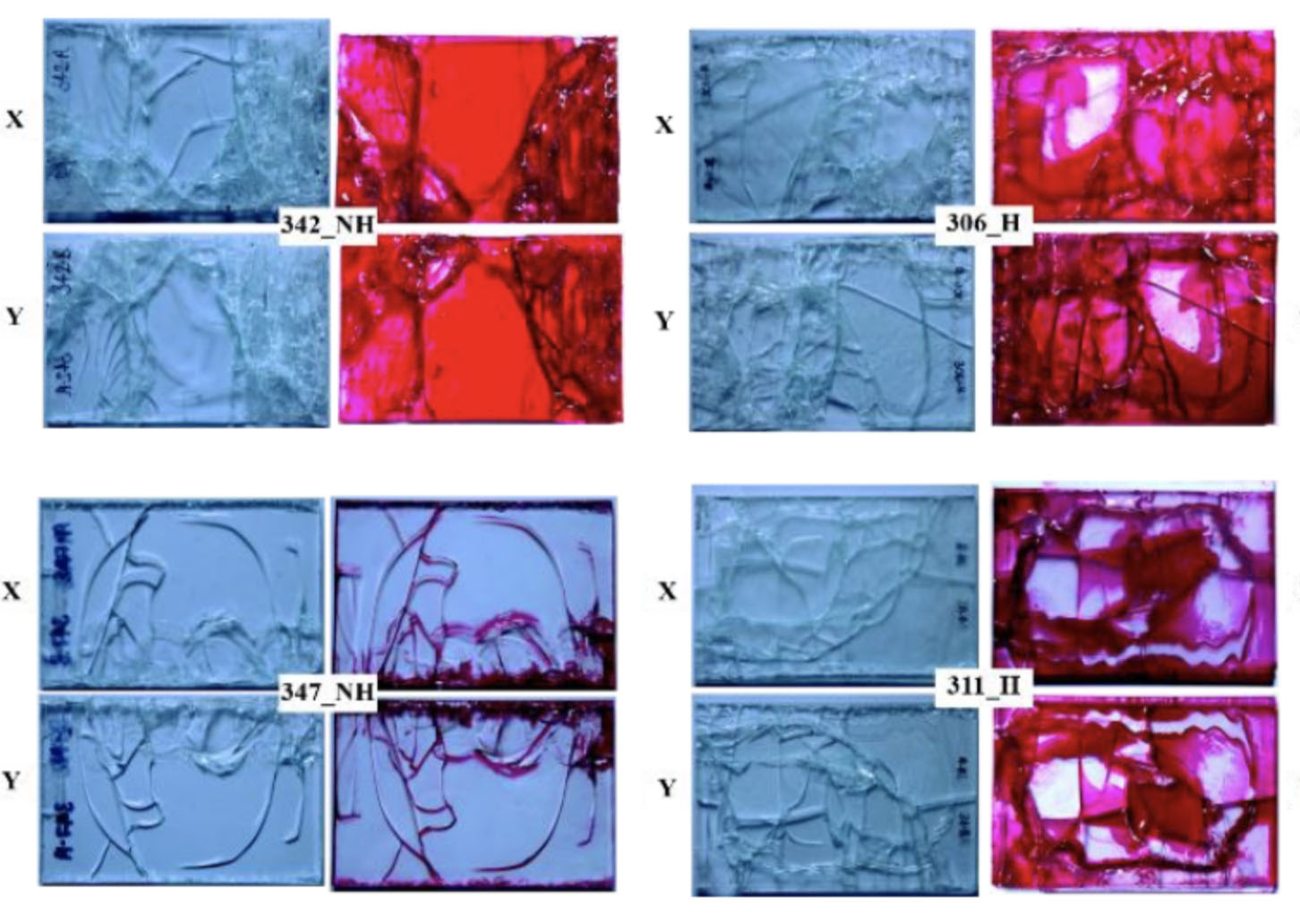