The development and testing of large sandwich panels

The TU Delft glass group designed, developed and build three glass sandwich panels for the Glasstec 2018 in collaboration with ARUP. These were composed of heat strengthened laminated float glass with Schott glass tubes as the core. Initial small scale tests were used to determine the parameters for the digital design by ARUP. Based on these results form-finding was used to determine the optimum configuration of the glass tubes in the panel. This was verified by further scale model experiments which led to more refinements in the form finding algorithm. The small scale tests were extend to full scale prototypes which were proof tested at TU delft using a static and dynamic load of standing or dancing students. The full scale panels were then exhibited at the Glasstec 2018 where they were walked over by thousands of people. Finally one of the panels was tested to destruction. It was found to be very resilient and failed in a safe way. The test results are compared with FEM models. The important lessons learned from this for the design and production are explained. 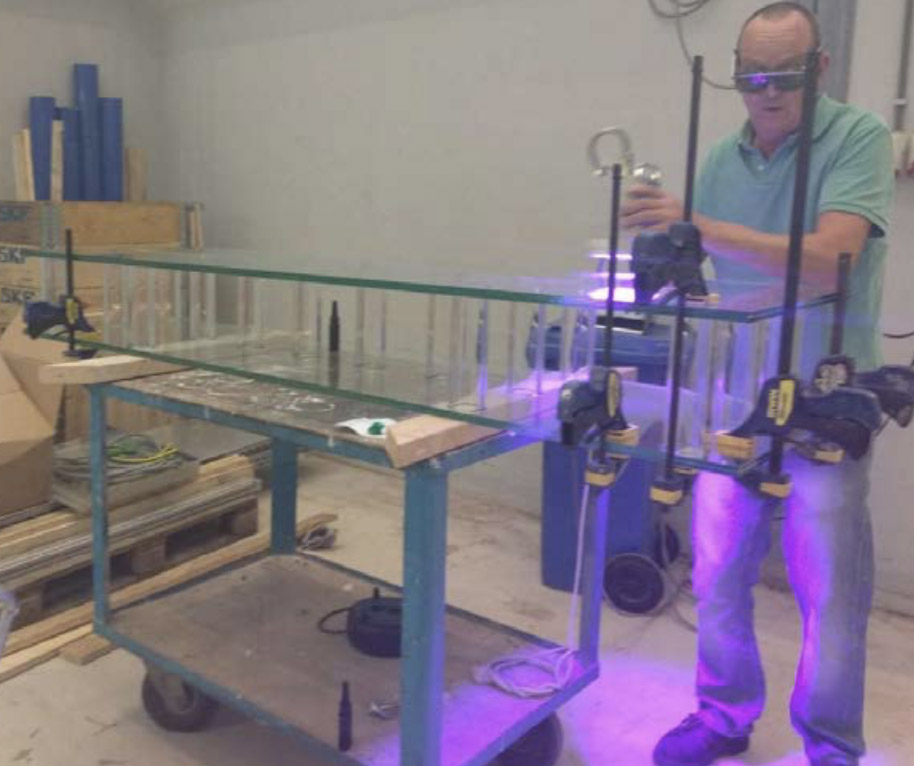