This paper presents an experimental study into the global behavior of glass columns with square hollow cross-section under axial compression. In the research, totally 6 specimens were tested. All specimens were of the same geometry (length 750 mm, width 150 mm and 10 mm) but had different composition. Half of them were made of monolithic glass, with the other half made of laminated glass. The adopted interlayer material is PVB which is widely used in practice. During the test, vertical displacement, lateral deflection and normal stresses at mid-span were measured. For all specimens, local failure mechanism at the top or bottom due to progressive cracking was found, without any damage occurred at the glued joint. However, there is significant difference between the specimens made of monolithic glass and those made of laminated glass. Laminated glass columns had a sufficient residual capacity, able to carry compressive load in the post-crack stage, while monolithic glass columns collapsed quickly after the appearance of the first crack. Subsequently, the influence of the initial geometrical imperfection was studied in detail. Based on the results of experiment, the current findings could be further extended to various glass columns typologies (e.g. different cross-sections) in order to build appropriate practical design rules. 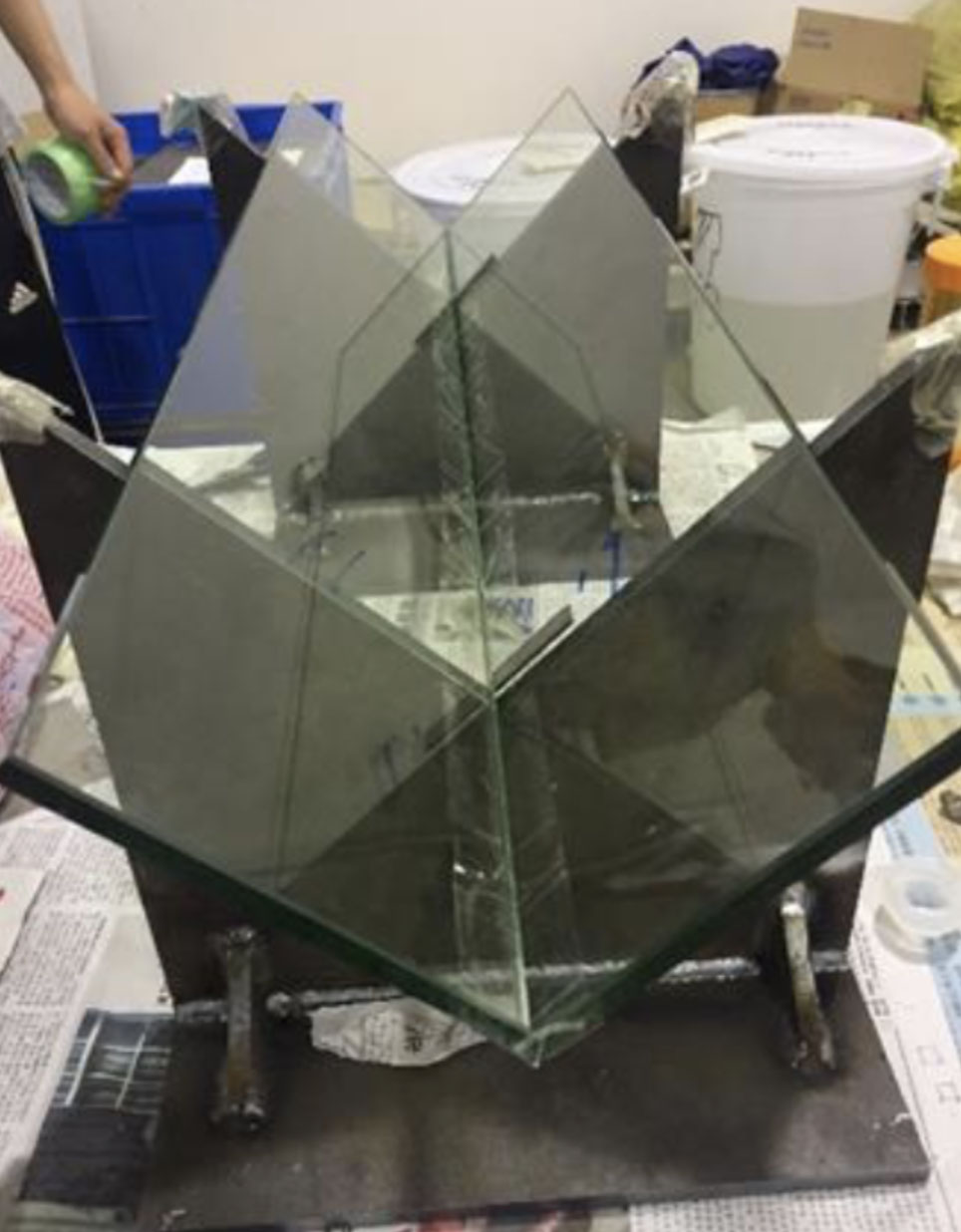